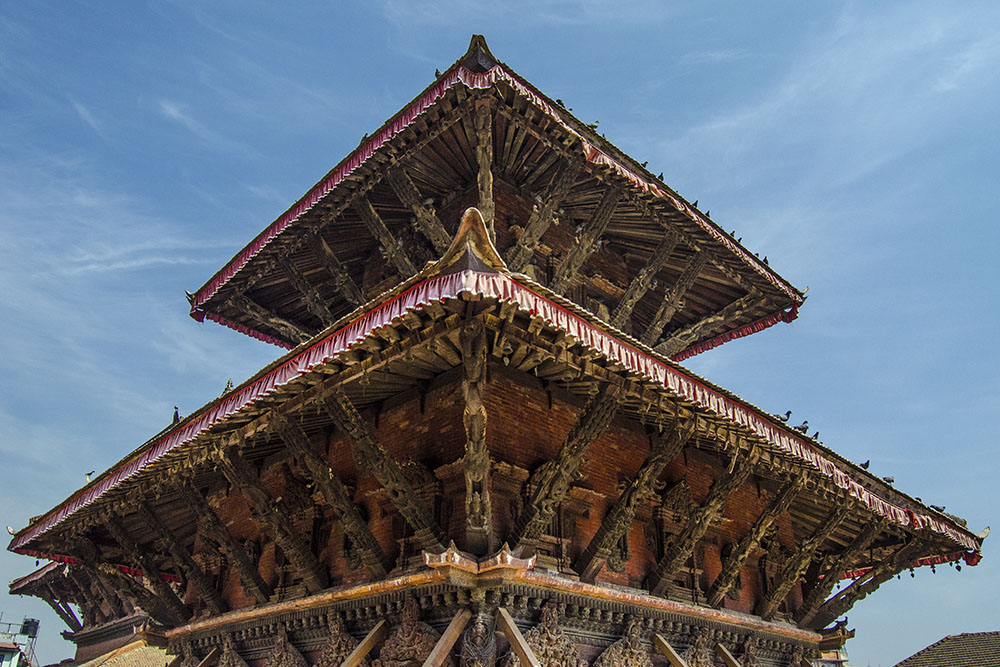 The Styles of Structures

If this is your first time in Nepal, then you must have been in awe the moment you entered the older parts of its capital, Kathmandu and its neighboring cities. These older areas of the cities and their neighboring towns are built with traditional Newa: architecture developed by the Newars, the indigenous community of the valley. Throughout Patan and other parts of the valley, you will find various architecture styles used in temples, monuments and other religious sites. Here is a list to make it easier for you:

Although it is not clear who actually developed the pagoda styled structure, but the Nepali artist Araniko is said to be the one who took the style to China from the valley and helped to flourish the style even towards East Asia. Known as Pau in Nepal Bhasha, this style can be seen all over the city. One of the famous temples of Patan using this style includes Bhimsen Temple in Durbar Square and Konti Dyo in Banglamukhi among others. The best part is that the style is also used to build relatively smaller temples like Swotha Narayan (right across our hotel).

The Shikhara Style is an import from the southern neighbors of Nepal. Originated in North India, the style was first introduced by the Guptas in the 6th century and later by other communities who migrated to the valley at different times. This style has been used for both Hindu and Buddhist temples. The Mahaboudha temple made with terracotta tiles as well as Krishna Mandir made with stones are famous temples made in this style.

Compared to the other styles, Dome style is a new addition to the architecture of the valley. Influenced by the Mughal architecture, the style is said to have entered during the Rana regime. Many of the temples like the Krishna temple in Kobahal and Swotha, have adopted this style when they were rebuilt after the earthquake of 1934 AD. Bhaidega, one of the temples in Durbar Square is now under construction, so as to rebuild it in its original Pagoda style from the Dome style after the earthquake.

Stupas are Buddhist architecture styles originated in ancient India which have migrated along with the religion. The dome-shaped structure is said to hold relics of Lord Buddha but many small chaityas that follow the same style have grains, seeds of beans, coins, match sticks, five metal sheets, all wrapped in the traditional Nepali paper in their base in case of apocalypse. Famous stupas in Patan include the four Ashok Thurs in four directions of the city (Pulchowk, Lagankhel, Tyaga Tole and in front of Ibahi).

One of the important religious sites for the Buddhist Newars are the monasteries known as Bahas and Bahis. Bahas are located inside the main core city while the bahis can be found in the periphery of the main area. They are monastic complexes with one or several courtyards attached, with the Shakyas and Bajracharyas clans as the caretakers. Few of the bahas and bahis are Kwabahal, also known as Golden Temple, Okubahal, Ibahi, and Nakbahi.